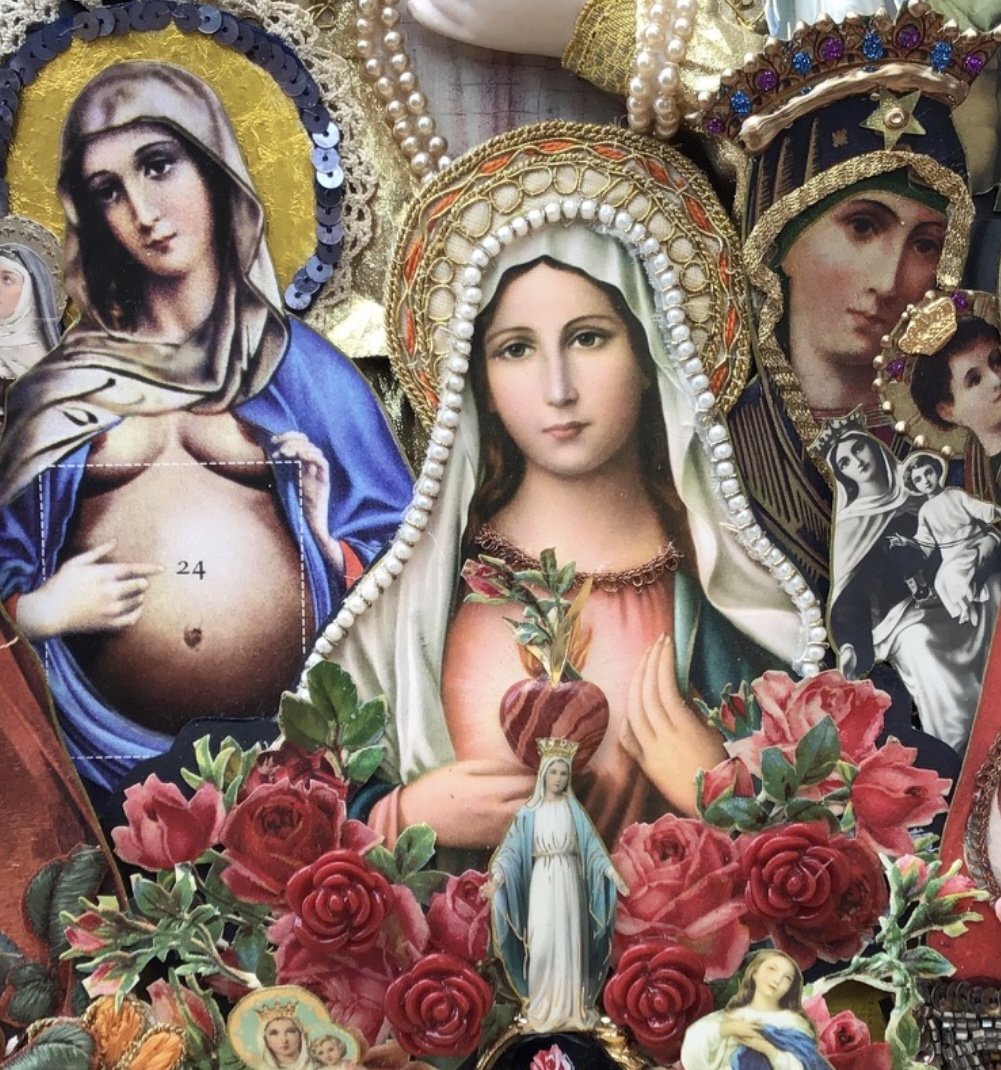 Art Is Not Just For Christmas

Art Is Not Just For Christmas Courtyard Room Exhibition

Paints in acrylic on fretworked wood, which is layered to give a 3D effect to her paintings. It’s a technique which she evolved herself.  She cut the shapes out of plywood, paints them, and then the final stage of the process is glueing them all together in the right composition.

Her main subjects are still-life, plants, birds and cats, but she’s  also had some strange commissions, including a dodo; a monkey sitting on a bookcase; and a tortoise with a hot air balloon in the background. She works both from real life and from photos.
She has no formal art training, though she  comes from a family of artists. Her mother was an art teacher and an ARCA, her brother Phil Evans was a political cartoonist and her brother Jonathan is a batik artist.

Studied at Chesterfield College of Art and Leeds University in the 1960s and 70s after attending Dronfield Henry Fanshawe School. Has exhibited extensively, both with groups and singly. Most recent exhibitions include the White Box Gallery in Blackheath, London, and Buxton Museum and Art Gallery. Was joint winner of the 2019 Harley Prize at the Harley Gallery, Welbeck, Nottinghamshire.

“My work is the product of a lifetime of collecting. I have never been a minimalist or a subscriber to the idea that less is more. To me “let’s have lots more” is a guiding principle. My influences are cabinets of curiosity, religious shrines and reliquaries, myths and mystical creatures and ancestry worship and ancestry worship.”

Passionate about art and design, both making it and collecting it (and whenever possible re-using it). Regular hunter at car boots and antique fairs – if she loves it she has to have it even if there is no room for it at home – cat finding strange new places to sleep.

Penny believes that the best of the human species lies in its culture – across time and planet – and that making links between its varied art forms is a better games to play than any ‘culture clash’ – Penny’s work often places seemingly disparate elements together to imply a new narrative – the history of art is the history of human thought?

Penny Kealey’s studio is located on a working farm in the picturesque Yorkshire Wolds.