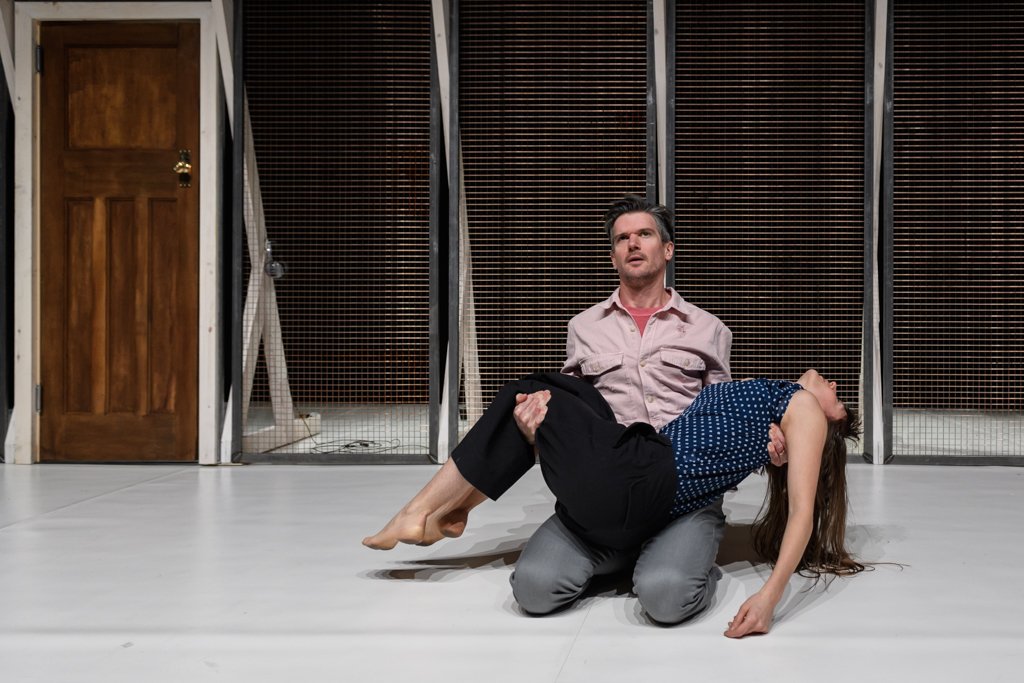 Lost Dog’s new show reveals the real story of Romeo and Juliet. It turns out they didn’t die in a tragic misunderstanding, they grew up and lived happily ever after.

Well, they lived at least.

Now they are 40ish, at least one of them is in the grips of a mid-life crisis, they feel constantly mocked by their teenage selves and haunted by the pressures of being the poster couple for romantic love. They have decided to confront their current struggles by putting on a performance – about themselves. Their therapist told them it was a terrible idea.

Powerful contemporary theatre-dance piece with two performers which imagines a different ending to Shakespeare’s Romeo and Juliet. This is dance with a lot of talking (acting) so the story is very clear, and to reassure people unfamiliar with the play, the piece is as much about surviving a long-term relationship. Contains adult themes and some strong language.

‘Upturns the original narrative…The result is a brilliant piece of dance theatre that’s honest and insightful about long-term relationships – and very funny.’ The Guardian