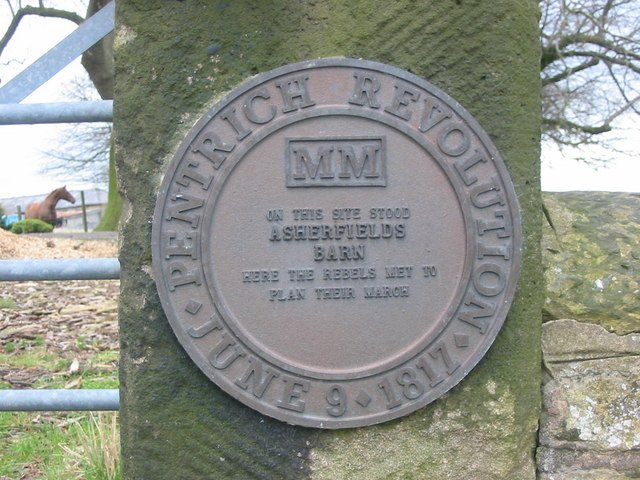 A new exhibition by the Old Dronfield Society will open in January focusing on the Pentrich rising – an armed uprising in 1817 that began around the village of Pentrich, Derbyshire. A gathering of some two or three hundred men set out from South Wingfield to march to Nottingham. They were lightly armed with pikes, scythes and a few guns, which had been hidden in a quarry in Wingfield Park, and had a set of rather unfocused revolutionary demands, including the wiping out of the National Debt.