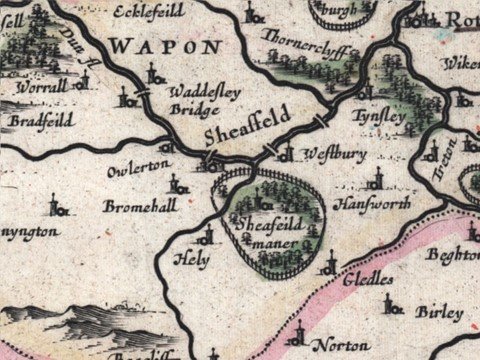 Some Ancient Suburbs of Sheffield

It would be too unwieldy to look at all of Sheffield’s ancient suburbs but in this talk we concentrate on some of the oldest dating back as far as the Domesday book  (1086). A fascinating insight into some household names of Sheffield such as Darnall, Heeley, Fulwood, Crookes and more.

Did you know that salmon were to be found in the 17c. river Don in one ancient suburb?

Did you know that one of the country’s largest cricket grounds in the 19th c. was to be found in another ancient suburb of Sheffield? (later to be the centre of heavy industry.)

A southern suburb in 1666 (Year of the great plague) contained spa waters where people were sent “to take the waters.”

Another suburb to the south contained the first reservoirs in Sheffield to provide drinking water instead of the ancient wells.

This and many other fascinating facts are to be found in this talk as we step back in time to find out the origins of some of Sheffield’s ancient suburbs. Not to be missed.