There’s still time to purchase your tickets for when James Wilton Dance comes to Dronfield to perform LEVIATHAN, so don’t miss out!

The story follows Ahab, a ship captain hell-bent on capturing the white whale, Moby Dick, a beast as vast and as dangerous as the sea itself, yet serene and beautiful beyond all imagining. Ahab’s crew are drawn into the unhinged charisma of this madman, blindly following him on his perilous adventure towards almost certain destruction, all dreaming to rule the world, to be the master of their destinies, to be more powerful than God.

See a preview for the show with the video below: 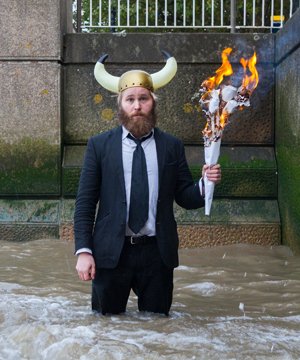 Five years ago, James’s best friend Tom was diagnosed with heart cancer and told he had three months to live. Tom’s last wish was to be given a full Viking burial by his two best mates, Sarah and James. This is the remarkable, hilarious and heart-lifting story of how James and Sarah actually gave their best mate the send-off he wanted… and all the trouble they got into when they did.