Live and Local Performances – Coming Up This Autumn

Our Medieval Festival might be over for another year, but there’s still plenty coming up at the Barn over the next few weeks, including the next of our Live & Local performances.

Earlier in the year, we were delighted to welcome the likes of James Wilton Dance and Tangram Theatre Company to Dronfield, and if you enjoyed their shows, then be sure to get your tickets for the following:

Lost Dog’s new show reveals the real story of Romeo and Juliet. It turns out they didn’t die in a tragic misunderstanding, they grew up and lived happily ever after.

Well, they lived at least.

Now they are 40ish, at least one of them is in the grips of a mid-life crisis, they feel constantly mocked by their teenage selves and haunted by the pressures of being the poster couple for romantic love. They have decided to confront their current struggles by putting on a performance – about themselves. Their therapist told them it was a terrible idea.

Powerful contemporary theatre-dance piece with two performers which imagines a different ending to Shakespeare’s Romeo and Juliet. This is dance with a lot of talking (acting) so the story is very clear, and to reassure people unfamiliar with the play, the piece is as much about surviving a long-term relationship. Contains adult themes and some strong language.

‘Upturns the original narrative…The result is a brilliant piece of dance theatre that’s honest and insightful about long-term relationships – and very funny.’ The Guardian

‘Musically a delight…these virtuosic performers are a major discovery this year.’ The Guardian

More than just a musical performance, Faith i Branko tell spellbinding stories in song. Their performance is steeped in Roma, Serbian, Iranian and UK culture. Sharing their own personal travel tales and intimate knowledge of these cultures. Expect an exciting mix of instruments from the accordion and violin to the tabor pipe and double bass. Faith i Branko take the audience on a journey from melancholy Roma violin laments to storming ‘kolos’ and explorations into jazz improvisation, swing, Gypsy Rumba and Turkish and Indian influenced songs.

Faith and Branko first met in Branko’s Serbian Roma village, with music as their only tool for communication they began a journey that would lead to the creation of their award-winning album ‘Gypsy Lover’, their marriage and their successful international touring. Branko taught himself the violin, which became a way out of the extreme health, social and economic problems through which he lived in Serbia.

Creating his own music, he intuitively combines sounds of Jazz, Indian, Turkish and Classical music with his Roma traditions. For this current tour, Faith and Branko are joined by Iranian guitarist and singer Pouya Mahmoodi, and dancer Mari Lon, who both offer an insight into Iranian musical culture and the techniques and delights of Balkan dance.

To book for either or both of these performances, please head to our events page, call 01246 418122, or email bookings.dht@outlook.com 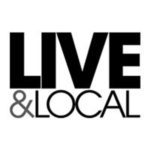